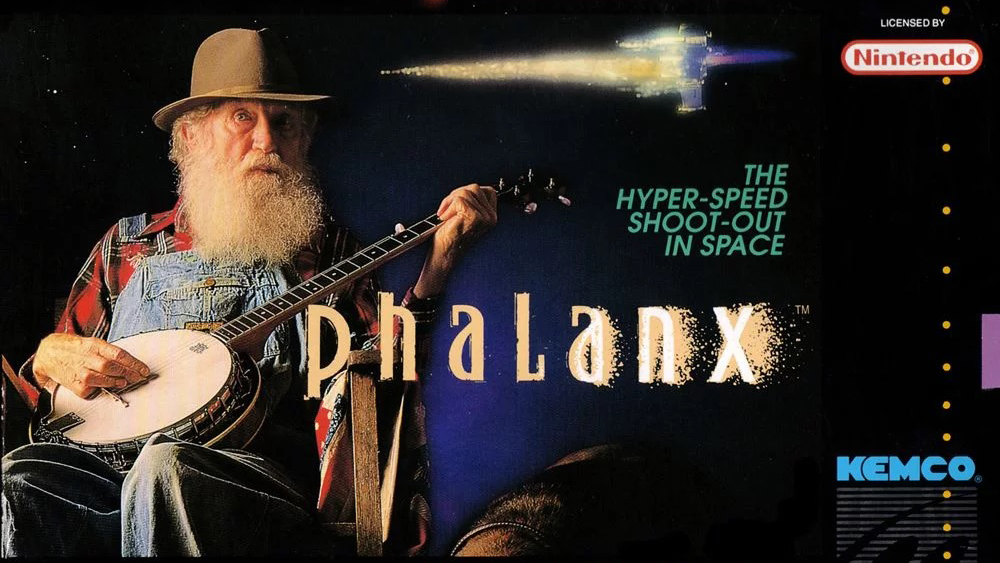 The infamous cover for the North American release of Phalanx on the Super Nintendo is constantly featured on lists of the “worst” video game covers of all time. Obviously, these people are, objectively, extremely wrong. This is something to be cherished. It’s one of the only instances where a game’s artwork is talked about more than the actual game itself. For good reason too. It’s genuinely fucking hilarious.